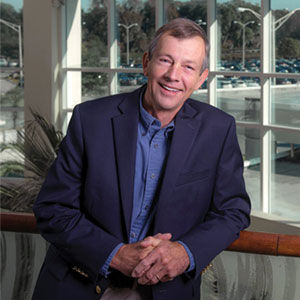 David McNaughton will never forget March 15. That's the date his heart stopped beating – twice. At 67, he was on track to die of his first heart attack, or at least suffer life-altering damage to his heart. Instead, he’s very much alive and happy to tell the tale of how he stayed that way. And, despite the fact he had to be resuscitated twice, he suffered no permanent damage to his heart.

“It’s a big deal when somebody gives you your life back; that’s what Memorial did,” McNaughton said.

A cardiologist at Memorial Health University Medical Center (MHUMC) placed the stent that reopened blood flow to McNaughton’s heart. Only 12 minutes elapsed between the time McNaughton was wheeled through the emergency department doors in cardiac arrest and cardiogenic shock and his arrival in MHUMC's cardiac catheterization lab.

Medical science has made great strides in the treatment of heart attacks – but there is a fast, tight deadline for taking those strides when a patient comes to the hospital. A large and specialized medical team is required to carry out cardiac procedures; getting patients into their hands quickly can be the literal difference between life and death.

Studies of processes found ways to initially trim minutes and then seconds off steps in handling heart attack victims – part of a process to meet ambitious goals set at the national level. And the proof of the value in all that work can be seen in McNaughton’s survival.

McNaughton started having a heart attack at home. He was resuscitated twice and brought emergently to the cardiac catheterization laboratory where he was found to have a complete blockage of the main artery of his heart. Within minutes the stent was implanted and the fatal heart attack was stopped.

McNaughton missed most of the drama.

“I don’t remember much about it other than that I was feeling really bad. I don’t remember having that ‘elephant on your chest’ feeling, but I felt really terrible and I was sweating profusely,” said McNaughton.

McNaughton, who describes himself as semi-retired after 37 years in the newspaper business (most recently with the Atlanta Journal-Constitution), had no advanced warning that he was a candidate for a heart attack. “I never had a terrible diet – I ate like most people and I’ve always been active,” he said. But when the symptoms started, he knew he was in trouble and called on his wife, who summoned an ambulance.

Five days after the insertion of the stent, McNaughton was back home on Tybee Island. He showed up for a few sessions of cardiac rehabilitation, decided he could handle the work on his own, and now his life is back to normal. However, if not for the many hours of painstaking detailed analysis which led to the process improvements to streamline the care of patients like McNaughton, this story might not have had such a happy ending.