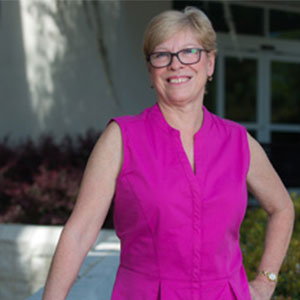 Not many breast cancer survivors can truthfully call their encounter with this disease a “bump in the road.” But thanks to the advances of 3D mammography, Patrice Lewis can.

Lewis, now 59, is a good example of a patient who benefited from the latest generation of screening mammograms. Since turning 40, she was diligent about getting her annual mammogram. And she’s had her share of call-backs and false alarms, since she’s prone to cysts in her breasts. So when her mammogram in October 2014 turned up positive, she assumed it was another false alarm.

Today’s mammograms cry wolf much less frequently, however. Lewis’ 2014 mammogram at Memorial Health University Medical Center was done in 3D. It found an early cancer – so early it would may not have shown up on a conventional 2D mammogram. As a result, Lewis’s cancer was diagnosed at Stage 1, a very treatable stage, instead of being missed on that year’s mammogram.

“3D mammography, which began in clinical trials in 2011, has proven to be the most effective screening tool to detect breast cancer,” said Deborah Cunningham, M.D., director of breast imaging services at Memorial Health. “Multiple trials have shown an overall increase in the detection rate of invasive cancers with 3D by a range of 29-41 percent. This means we can find cancers when they are smaller and we can find them earlier than with 2D mammography.”

“Everyone kept telling me it was a bump in the road, and that’s what it was,” said Lewis, who still sounds bemused by the whole process. “They told me ‘you show how much [early detection] really does work.’ I don’t have a horror story.”

Lewis underwent a lumpectomy, followed by four weeks of radiation. Since her cancer was found early and it was small, she didn’t have to face chemotherapy, although she will be taking a daily pill for the next five years.