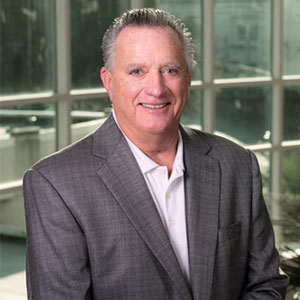 August 22, 2015, was a typical summer Saturday for 68-year-old Bill Wade of Savannah. He participated in a golf tournament during the day and spent the evening on his boat with his wife, Deborah. He went to bed feeling fine. But the next morning, something was not right. While sitting in church, Wade began sweating and couldn’t catch his breath. He went to an after-hours clinic and was diagnosed with double pneumonia. Wade was sent home with medication and instructions to get some rest. That night, breathing became even more difficult. By 2 a.m., his breathing was so labored that he asked Deborah to take him to an emergency room.

Deborah quickly drove Wade to a nearby ambulance station. The emergency personnel gave him oxygen and told him he was experiencing a rapid, irregular heartbeat called atrial fibrillation. They put him in an ambulance and drove him to the nearest hospital. Doctors determined that it was not Wade’s lungs causing him discomfort, it was his heart. He had a mitral valve prolapse and mitral regurgitation. In other words, one of his heart valves was not closing correctly. It was allowing blood to flow back into the heart chamber and put extreme stress on his heart. Wade was transferred to Memorial Health University Medical Center (MHUMC) in Savannah to meet with a cardiovascular surgeon.

On September 2, Wade had a three-and-a-half hour minimally invasive mitral valve repair. A cardiovascular surgeon made a four-inch incision to the right of Wade’s pectoral muscle. He was able to repair the valve through that single incision, rather than opening up Wade’s entire chest. After surgery, Wade spent one day in the intensive care unit and five days in a cardiovascular stepdown unit at MHUMC. He was so impressed with the level of care he received, that he and Deborah delivered candy and flowers to the team after he was discharged.

Since surgery, Wade has been attending cardiovascular rehabilitation three days per week. He walks daily and has lost more than 15 pounds.

“They [the cardiac rehab team] are teaching me to make exercise a habit and a lifestyle. It won’t just be something I do for a little while and then stop,” said Wade.

He is still not sure what caused him to have a sudden, serious heart condition. But he is glad it’s repaired so he can get back to the doing the things that matter most to him – spending time with his three children and five grandchildren (all of whom live in Savannah), golfing, boating, and enjoying the Savannah lifestyle.