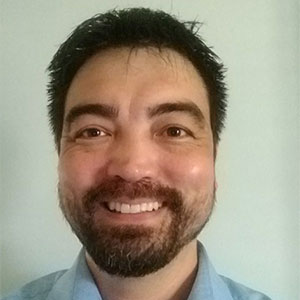 “I feel like I’m 19 again.” That’s how 41-year-old Billy Hunawill describes his life since having two major spine surgeries.

Hunawill’s spine issues started 20 years ago when he was in the Army. His back was stressed by constant running, jumping, lifting, and carrying heavy loads. After six years in the Army, he started a career as an avionics technician. The highly physical job added to the wear and tear on his back. By age 40, pain had become a part of his daily life.

He met with orthopaedic spine surgeon Raphael Roybal, M.D. Roybal first prescribed physical therapy, then injections to block the pain. When the conservative treatments did not work, Roybal recommended surgery.

In March 2017, Hunawill checked in to the Memorial Health University Medical Center Spine Surgery Center in Savannah. Roybal removed and adjusted damaged vertebrae in Hunawill’s lower back to relieve the pressure on his spine. He then stabilized the vertebrae with rods to hold them in place. Hunawill could not believe how good he felt immediately after the procedure.

“I’d had the pain for over 20 years, and Dr. Roybal managed to take it all away within hours. I woke up and I did not feel the familiar smashing pain in my back. I had zero pain,” said Hunawill.

Within a week, he was walking several miles at a time. But as he recovered from back surgery, he noticed that one familiar ache was still present.

Four months later, in July 2017, he returned to Memorial Health for a second surgery. This time, Roybal removed and stabilized damaged vertebrae in Hunawill’s neck.

Hunawill was so pleased with his results that he flew his mother down from Chicago so Roybal could also treat her back pain.

Today, Billy Hunawill walks a mile to and from the gym and lifts weights regularly. He is embracing a life without pain and looks forward to getting stronger each day.