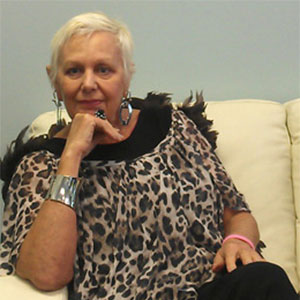 If anything, Gale Brill sounds nonchalant about being a medical pioneer in Savannah. The first patient to undergo intraoperative radiation therapy (IORT) using the INTRABEAM® technology at Memorial Health University Medical Center, she started and ended her breast cancer treatment in a single day. That definitely beats the weeks of radiation treatment Brill would have found herself facing before Memorial Health invested in the new INTRABEAM technology.

“The theme here is early detection,” said Brill, relaxing at her Southside home about a week after the surgery that removed a tiny lump from her breast.

That lump was too small to be found when her doctor examined her breasts during her annual physical, but was spotted during the annual mammogram that is always part of her checkup. Because it was found early, her surgeon was able to remove the tumor and conserve the breast.

Early detection also made her a candidate for IORT. In IORT, a radiation oncologist joins the surgeon during breast surgery. Once the surgeon removes the tumor from a breast, the radiation oncologist places a wand from the IORT device inside the incision, administering intense radiation treatment into the tumor bed while the patient is still anesthetized during surgery. Depending on the case, IORT can reduce or even eliminate weeks of radiation treatment, while delivering the same level of effective treatment.

"My surgeon suggested I was a good candidate for this procedure, because it saves radiation treatment time, and I liked that idea,” said Brill.

Brill came to the United States from her native New Zealand as a flight attendant for Air New Zealand, and settled in Chicago as a new bride. She lived in various places around the country, but a friend’s recommendation brought her to Savannah nine years ago and – finding the city “very magical” – she decided to stay put. It sounds like her cancer diagnosis was just a bump in the road for her and she is back to her beloved pursuits of walking, food, wine, people, and travel.

Gale Brill Cancer Survivor“The care and the attention was just fabulous. Everything was done beautifully and with me in mind. The nurse navigator was fabulous,” she said. “All my friends -- you need the strength behind you from your friends. I even had a pink party where everybody dyed their hair pink. Some had little swatches of pink put in but I did the whole thing.”

With her pink hair and fighting spirit, Brill quickly transitioned from cancer patient to cancer survivor.