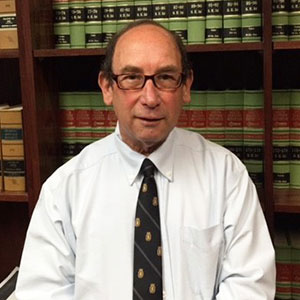 Attorney Mark Nathan of Savannah remembers the sympathetic looks he once received from co-workers as he walked through the courthouse. They would ask him if he was ok, or say, “I hope you feel better soon.” Nathan wasn’t sick, but he hobbled when he walked and grimaced with each step. Years of running had worn away the cartilage in his knees, making every step painful. The pain also kept him up at night, leaving him feeling exhausted and defeated.

“The pain was so bad I had to force myself to go to work and to do the things I enjoyed doing. That was hard,” said Nathan.

He visited orthopaedic surgeon Robert Dow Hoffman, M.D., who first tried conservative treatments, but they did not work. Hoffman then suggested that Nathan undergo a total knee replacement on each leg. At that point, Nathan had been living with the pain for years and he was ready for surgery.

In March 2017, he was admitted to Memorial Health University Medical Center for the first knee replacement. He returned in August to get his second knee done. During each surgery, Hoffman replaced the worn part of Nathan’s knee with a metal joint that functions like a regular knee. After surgery, Nathan worked hard in physical therapy to regain full movement and strength in each leg.

“It [surgery] is well worth it, especially if you’ve reached the point where it’s too painful to walk and you’re whimpering in your sleep every night,” said Nathan.

He offers this advice for anyone preparing for total knee replacement: