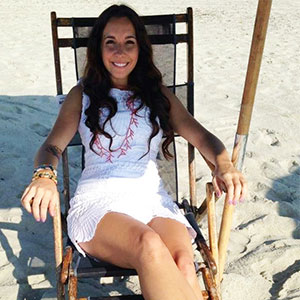 Nicole Soergel of Hilton Head Island loves spending time with family and friends, going to the beach, and taking photographs. All of those things were threatened four years ago when she was diagnosed with a heart condition called supraventricular tachycardia (SVT), a disorder in the heart’s electrical system that causes a sudden rapid heart rate.

“It’s scary because you don’t know when an episode is coming. You can be sleeping, you can be exercising, and all of a sudden your heart rate jumps to 230 to 250 beats per minute. You feel like you’re going to faint. You think you need to get to a hospital. It’s completely out of your control,” said Soergel.

She was 21 when she experienced her first episode. Soergel met with cardiologist John Sharp from Memorial Savannah Cardiology. He taught her physical maneuvers, such as holding her carotid artery, to help stop an SVT episode. Unfortunately, it did not work for Soergel’s SVT. The next step was medication to manage the episodes. That did not work either.

By age 25, SVT was severely limiting Soergel’s quality of life. She knew she wanted to start a family one day, and she feared her heart condition would affect her parenting. She did not want to be on a heart medication for the rest of her life. And, her SVT episodes were occurring more frequently and lasting from 30 minutes to four hours.

“I was afraid I would have an episode while I was swimming or driving. I was worried it might cause me to hurt someone else,” said Soergel. “I finally said, ‘I’ve had enough of this. I don’t want to live in fear. It’s time to fix this.’”

During her next SVT episode, she went straight to Sharp’s office. He used an EKG machine to record the entire episode. Soergel spent two hours in his office attempting to get her heart rate under control. When he saw the EKG readings, Sharp told Soergel that she was a candidate for a procedure called catheter ablation. It involves accessing the heart by threading a catheter up from a vein or artery in the groin. Doctors pinpoint the abnormal cells in the heart that cause the rapid heart rate. They then use radiofrequency energy to shut down the abnormal tissue and restore a regular heart rhythm. The procedure is done in a specially equipped electrophysiology lab.

Soergel’s ablation was performed by David Newton, M.D., with Memorial Savannah Cardiology at the Memorial Health Heart & Vascular Institute in Savannah. On August 30, 2107, Soergel arrived for her procedure. She was terrified, but determined to end SVT for good. Her nurses realized how nervous she was, and offered to play her favorite music (Grateful Dead) to calm her throughout the three-hour procedure. Soergel was sedated but conscious throughout it.

“The entire experience was truly incredible. I was in a huge surgery room with all of this technology around me. I was so emotional when it was done. It was beautiful. I was so happy my heart was fixed and grateful this procedure was available to me. It went better than I could ever imagine,” said Soergel.

She can now go through her day without the fear of SVT. She is ready to live her life to the fullest, and enjoy every heartbeat.